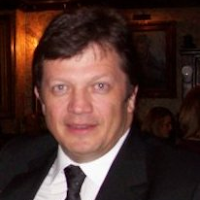 On returning to South Africa in 1994, he focused his attention on general thoracic surgery and critical care medicine.  His critical care experience focused mainly on the management of postsurgical patients and polytrauma patients with a particular interest in artificial ventilation strategies.  His main surgical interests have included the development of thoracic surgery, thoracic surgical oncology, oesophageal disease, surgery for inflammatory lung disease developing world.

These interests led him to Bloemfontein 2004 where he worked with Prof Francis Smit in setting up a thoracic surgical service for central South Africa and completed a Ph.D. in 2008 titled “A model for the development of thoracic surgery in central South Africa.”  After a period of full-time employment in the Free State return to private practice in Cape Town at the end of 2010.  He has the desire of peer-reviewed publications and several text book chapters in thoracic surgery.

In addition to his private practice work he was employed as a research consultant to the Council of Health Services Accreditation South Africa (COHSASA) and worked under Prof Stuart Whittaker until he was appointed head of thoracic surgery at Groote Schuur hospital and the combined workloads necessitated choices.

Current professional activities include:  Regent of the International Association for the Study of Lung Cancer (IASLC), Senator and Secretary of the Colleges of Medicine (SA), in Cardiothoracic Surgery, Treasurer of the Society of Cardiothoracic Surgeons of South Africa, Physician’s Advisory Board Member to Netcare at N1 City Hospital.